The Southwestern region of the United States has fascinated outdoor adventurists and retirees for generations and lured millions of people to settle among its sprawling deserts, sparkling beaches, and picturesque mountain forests. Some of the nation’s most notable natural landmarks can be found within the region, including the hard-to-miss Grand Canyon National Park and unifying Four Corners Monument, which brings together the state boundaries of Arizona, Colorado, New Mexico, and Utah to one point. Tourists from all over the world flock to landmarks such as these, bringing a considerable amount of money into the region through the tourism industry, along with the many casinos and resorts that have staked their claim in the Southwest.

While the region may be primarily known for its arid deserts, the more mountainous areas in each state feature significantly cooler temperatures with snow-capped peaks at higher elevations. Over the years, the region has developed a diverse culture that features a mixture of qualities from the West Coast and Rocky Mountain regions, along with the more traditional Native American and Hispanic heritage of the area, to give the Southwest the distinct flavor that it brings to American culture overall.

Prior to packing up your belongings and heading toward the Four Corners, it helps to know what you can expect as far as the real estate market in the region goes. In the remainder of this article, we’ve covered a selection of demographics for some of the more prominent and populated cities in each state, complete with median economic figures and rankings of the school systems within the surrounding areas. Continue below to learn more about the cities that come together to make up the Southwestern region.

More than 6.8 million people have chosen Arizona as their home state, making it the 14th most populous in the U.S. The nation's sixth-largest state is famous for its cacti-filled deserts and year-round warm weather, but the northern region also brims with majestic mountains, forests, and lakes. The state's 90 towns carry a median home price of $210,000 and an average monthly rent that is just over $1,300. These figures do vary, however, across the state; so check down below to see how a few of the leading cities compare or differ from these real estate figures. 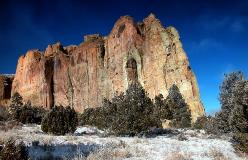 The Land of Enchantment is a beautiful balance of modern amenities and ancient Native American and Spanish roots. Just over 2 million residents live in a hundred towns stretching from the Chihuahuan Desert to the Sangre de Cristo mountain range. A recent housing market revival has increased the median sale price to $190,000 and monthly rents to $915. If you’re looking to relocate to the great state of New Mexico, check out a few of their top cities to see how their real estate market differs and compares to the state’s median figures. 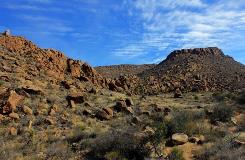 Known as “The Lone Star State”, the state of Texas is deemed the second largest state within the U.S (Alaska in first), and houses an estimated 27 million people within its borders. Within the state, the median home value is priced around 100,000. Home owners can expect to pay an average of 1,166 a month while renters pay closer to 650, respectively.  Depending on your city of choice, the cost of living could dramatically go up or down. With that said, here are a few cities to check out if you decide to move to the great state of Texas. 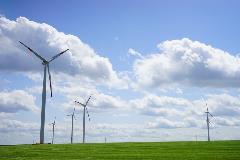 Surrounded by six other states, the great state of Oklahoma, commonly referred to as “The Sooner State”, ranks 18th in size within the United States and has a population count of over 3.9 million people within its borders. If you’re looking to move to Oklahoma, the average home price is around $85,000, with home owners paying an average of $870 a month. Renters, on the other hand, pay closer to $525 a month. As with many other states, these median figures aren’t set in stone and do vary across the state. With that said, check out three of the top cities in Oklahoma to see how their real estate figures compare and differ from the state’s overall real estate numbers.