Moving to Atlanta? Here's What You Need to Know Before You Go.

When you think of the nation's most memorable cities, Atlanta usually falls right alongside New York and Los Angeles. Atlanta has so much to offer, so if you are thinking about moving to Atlanta, GA, you certainly will not be disappointed. Let's take a look at some of the notable features of the city and what moving to Atlanta has in store for you. 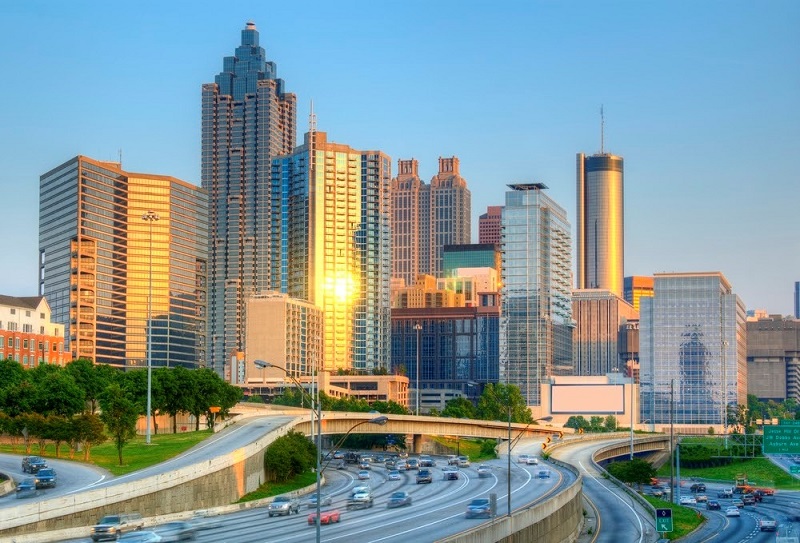 The culture of Atlanta is a beautiful blend of metropolitan and southern. Georgia was originally a mix of African, Native American, and Scots-Irish residents. As the country grew in the late 20th century, Georgia saw a growth of people. Specifically, people moving in from the Northeastern part of the nation as well as the midwest.

There are some distinctions of the state, however. In the Appalachian and southern parts of the state, there is a high emphasis on southern culture. In Atlanta, the southern charm loosens up a bit with the eclectic mix of people here. There is a bit of diversity with the demographics as well, and they include the following:

Is Atlanta a Safe Place to live?

When it comes to safety, Atlanta has done a good job of improving its safety ranking. While Atlanta does grace the nation's top 10 cities with the highest crime rate regularly, the city has been consistent in decreasing the number of crimes that happen here each year.

Like any metropolitan area, all it takes is a couple of bad neighborhoods to give the whole city a bad rap. Overall, the city is littered with safe communities, and the crime rates here do not compare to cities such as Oakland, Detroit, and Memphis, which all have higher crime rates than Atlanta does. As of 2020, Atlanta has an estimated crime rate of 1433 violent crimes per 100,000 residents.

Like many metropolitan areas, Atlanta is a growing city with plenty of opportunities for prospective job seekers. The population of Atlanta is just under 500,000, with the unemployment rate in Atlanta hovering around 4.2%. Economists predict that in the next 20 years, there are a projected 1.5 million jobs that are likely to be added to Atlanta's economy.

Residents have felt the growth of the city through the many investments that are happening here. When talks of an Amazon headquarter moving to Atlanta hit the mainstream media, the city anticipated a wave of new job opportunities. But when that business deal fell through, Economist remained optimistic about the future of Atlanta's job growth. In 2019, there was a 5 billion dollar plan in place for developing the downtown area.

Who is Moving to Atlanta?

What Is the Cost of Living in Atlanta?

Unlike too many cities in the nation, especially metropolitan areas like New York and Los Angeles, Atlanta is a fairly reasonable place to live. The cost of living here is not crazy, and the average resident needs to make a little over $35,000 a year to live a comfortable life. However, the average salary in Atlanta is about $85,900.

When it comes to housing, the average price of a home is around $259,000. Though many economists say that it is a lot more affordable to rent than it is to buy here. When it comes to renting a home in Atlanta, the average rental price of a three-bedroom home is around 1500 a month. One upside of Atlanta is that the houses do tend to sit on bigger lots, and it is a bit more spacious than other metropolitan areas.

What are the Best Neighborhoods to Live in?

Atlanta recognizes 242 neighborhoods in the city, with a range of housing options to fit your budget. Here are some of the best neighborhoods that Atlanta has to offer

Old Fourth Ward sits south of Midtown and towards the east of Downtown. The neighborhood has historical roots as this is where Martin Luther King Jr. grew up and built his early career. The growth of Atlanta as a whole is thanks to neighborhoods like this. Abandoned lots and warehouses have transformed into businesses that have helped the city grow.

There are a variety of dining and retail scenes, thanks to the Ponce City Market. The market brings in droves of visitors from both in and out of the neighborhood. Additionally, this is one of the best communities to live in if you'll primarily be exploring on foot. If you're looking to buy a home here, you'll find that houses average out to about $350,000. Monthly rent also comes out to about 1,500.

Virginia Highland or VaHi, as the locals here call it, is one of the best neighborhoods to live in because it is close to Downtown, yet the area has the appeal of a cozy small town. There are a variety of homes in this neighborhood, including Victorian-style houses, modern townhouses, bungalows, and homes that are over a hundred years old.

Residents who live here are typically families, though you will find students who live here as well. This neighborhood is a family-friendly community that is one of the safer parts of Atlanta. The average house price here is around 750,00, while rent averages out to 1,700 a month.

One of the most affordable neighborhoods to live in is the Kirkwood neighborhood. The community here is very family-friendly and is the perfect mix of affordability and quality. Kirkwood sits a couple of minutes from downtown Atlanta, and it is well known for its eclectic art scene. One of the most popular destinations here is the Urban Forest Community Garden.

Nature lovers will also enjoy this community, as there are plenty of parks and trails to explore. This access to the outdoors is a favorite of the students who attend the neighboring universities, Georgia Tech, Emory University, and Georgia State.

There is a wide range of housing developments to choose from, including single-family homes and loft apartments. Because of its affordability, the real estate scene is booming here, with new housing construction being a constant. The average price of a home in Kirkwood is about $300,000, making it an excellent place for young professionals who are looking to buy their first house. Rent is also rather affordable at around $1,000 a month.

Atlanta is a very attractive city because of its warm climate. The average temperature here is roughly 70 degrees Fahrenheit. Because it is a Southern state, it does get relatively humid here. The humidity can be overwhelming if you are a first-time visitor. When the winter months roll around, the temperatures do drop, but for the most part, winter in Atlanta is typically mild. Every so often, snow makes its way to the city, but you should not expect it to happen every year.

The rapid growth of Atlanta has dramatically benefited the food scene. With communities like Old Fourth Ward, gentrification has breathed new life into abandoned city structures. But it's not just the new locations that have benefited Atlanta, The traditional hotspots have allowed Atlanta to develop a flavor all its own. Classic spots like Manuel's Tavern, Mary Mac's Tea Room, and Paschal's are some of the top favorites for locals who have lived here for years.

Like any city, there are some dishes that you absolutely must try if you are coming to Atlanta. These dishes include biscuits and gravy, fried okra, Brunswick stew, cornbread, fried green tomatoes, barbeques, and of course, for dessert Atlanta's famed peach cobbler.

Atlanta is home to five professional franchises. They include the following:

The city is also well known for its college-level athletics and community athletic events. Every year, the city hosts the annual Peachtree Road Race and the Chick-fil-A Peach Bowl. The Olympic games have also called the city home in 1996 when Atlanta hosted the Summer Olympics. In honor of the event, the Centennial Olympic Park was built in downtown Atlanta.

Every year, Atlanta hosts some of the most memorable events that the East Coast has to offer. Here are some of the top events and what they entail:

There is never a dull moment in Atlanta, and because there is always something going on, Atlanta has built a unique reputation the rest of the country and world has come to know it by. Here are some of the city's most interesting facts:

Want to see how much it costs to move to Atlanta? Get an Instaquote above!

Find a North American Van Lines Agent Near You