Moving from Seattle to Chicago

Moving from Seattle to Chicago

Are you planning to relocate to Chicago? As the third-largest city in the U.S., Chicago offers everything you want from a bustling metropolis including a world-class business district, great restaurants, excellent shopping, exciting sports teams, and loads of entertainment options. From its towering skyscrapers to its distinct and beautiful neighborhoods, it’s easy to fall in love with the Windy City. Combine that with easy commutes, a rich and colorful history, and a gorgeous waterfront and it’s no wonder it’s residents are proud to call Chicago home. As you prepare to move from Seattle, here are just a few of the wonderful amenities that await you in the great city of Chicago. 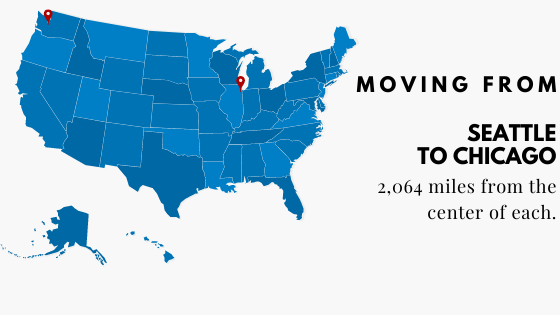 Benefits of Moving from Seattle to Chicago

Easy to Get In and Around

Chicago is a very walkable city and for the most part, is rather easy to get around. Despite being the third-largest city in the country, it’s simple to navigate. It is home to the second largest public transit system in the U.S. and unlike New York City and L.A., you can easily get across town on a train or bus. Chicago also has a subway system called the L, which runs through downtown and makes commuting to work quite easy. It’s also an added bonus to live in a city that is a central transportation hub. The O’Hare International Airport is the second busiest airport in the world, and provides access to both regional and international flights.

Chicago may not be situated on the ocean, but that doesn’t mean you can’t enjoy incredible waterfront views. Chicago offers 18.5 miles of sand along Lake Michigan, which makes for an impressive summer beach scene in the Midwest. This makes it easy to go for a walk or jog along the beach or simply have a nice waterfront picnic. You can also play volleyball, grab some food from Pier 31, listen to live music, and soak in the sun all while enjoying the majestic views of the Chicago skyline. Many people also enjoy boasting, swimming, skiing, and fishing in the lake.

Although the cost of living in Chicago is slightly higher than the national average, it’s actually quite affordable compared to other major metropolitan areas. In fact, the overall cost of living in Chicago is about 56% lower than Seattle. The biggest difference you will notice is the cost of housing, which is nearly 192% higher in Seattle! The median home price in Chicago is $208,000 while it is a staggering $750,000 in Seattle. You will also save money on groceries, utilities, and healthcare in Chicago.

If you are a lover of all things food related, you will not be disappointed. Chicago ranks as the third best foodie city in the country and it really does live up to the hype. Packed with everything from Micehlin-starred restaurants to local dives, Chicago has a food scene that is unique and diverse. While it may be famous for its deep dish pizza and loaded hotdogs, Chicago is also well-versed in ethnic eateries and plenty of interesting cuisine.

If you are a major sports fan, you are going to LOVE living in Chicago. Home to five professional sports teams, the Bulls, White Sox, Cubs, Bears, and Blackhawks, Chicago is one of the best cities in the country for sports fanatics. As the winner of 27 championships, the city really does have something to brag about.

Cost of Moving from Seattle to Chicago

Moving can be expensive so it’s important to set a budget so you can stay on track. That’s why North American provides customers with upfront pricing and customizable moving packages so you can find a moving package that fits your budget. The average cost to move from Seattle to Chicago with North American is $2,640.18. It is important to keep in mind, however, that many factors go into determining the cost of a move including the exact distance you are moving, the number of items being moved, special shipping or handling needs, and additional services such as packing and unpacking. At North American, we understand how important it is to stay on budget and that’s why we have made it easy to get an accurate quote using our Quote on Demand tool listed above. 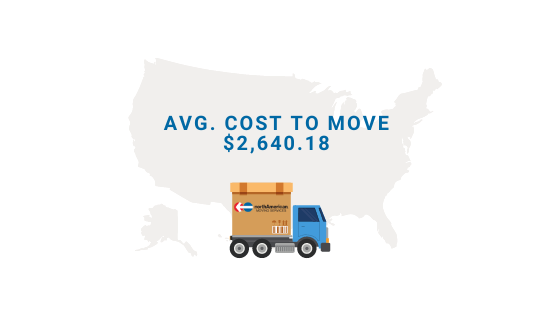 How to Move from Seattle to Chicago

Interstate moves require additional attention to detail to ensure the move is as seamless as possible. With over 85 years of moving experience, North American knows exactly what it takes to execute a successful long-distance move. We are available to help you every step of the way and can assist with everything from packing and loading to safe and efficient transport. We provide you with peace of mind so you can take some of the stress out of moving and focus on your new life in Chicago!