Moving from California to Chicago

Moving from California to Chicago

Known as the “jewel of the Midwest, '' Chicago is undoubtedly one of the most famous cities in America. What is it about the Windy City that attracts so much attention? The answer is...plenty! Packed with thrilling sports teams, great food, stunning architecture, and loads of art and history, Chicago is full of amenities and adventures. Positioned on the shores of Lake Michigan, Chicago offers residents the perfect balance of big city life with gorgeous scenic views. As you prepare to relocate from California, here are a few reasons to get excited about living in Chicago. 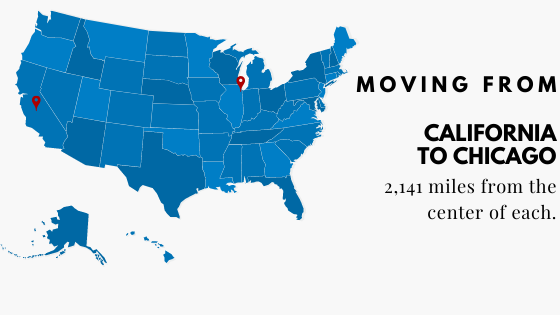 Benefits of Moving from California to Chicago

One of the best things about living in Chicago is that it is very easy to get around the city. For the most part, it is a place where you can walk to your destination. It also has the second largest public transportation system in the U.S., offering rail and bus services. With a public transportation system that is this efficient, owning a car is not necessary. If you do prefer to drive a car, however, you certainly won’t be alone. Many people also ride a bike or utilize the city’s bike sharing system. In addition, traveling in and out of the city is easy thanks to the O’Hare International Airport. It is the second busiest airport in the world, with access to regional and international flights.

Nestled on the shores of Lake Michigan, Chicago boasts 26 miles of beautiful beachfront. Sure, it may not be the ocean, but with sparkling waters and gorgeous sunsets, does it really matter? During the summer months, the beaches along Lake Michigan are packed with people taking a dip, having a picnic, playing volleyball, or attending a festival. The lake is also the perfect place to enjoy boating, skiing, and fishing. In addition to Lake Michigan, The Chicago River runs through the heart of downtown, providing beautiful views and the perfect place to take a stroll along Navy Pier.

Unlike many other large cities, the cost of living in Chicago is actually quite affordable. While trendy areas can be a bit pricier, the overall cost of housing and rent is cheaper than many other large metropolitan cities. This includes many of the cities in California such as Los Angeles, San Francisco, and San Diego.

Chicago is the epicenter of professional sports. It is considered one of the best sports cities in the country and proudly supports their hometown teams the Cubs, White Sox, Bulls, Bears, and Blackhawks. Wrigley Field is the most iconic baseball stadium in the country and the city is also adorned with statues and pictures of the great Michael Jordan. The city is electric whenever there’s a game and the excitement is felt throughout Chicago.

Although it’s best known for its world-famous hot dogs, the culinary scene in Chicago extends far beyond a great hot dog. The city is packed with incredible eateries featuring local favorites like deep-dish pizza, polish sausage, gyros, and Italian beef. Restaurant Row, located in the West Loop neighborhood, is lined with some of the best restaurants, bars, and eateries in the city and even in the country! The area features culinary hot spots such as Girl, Goat, Au Cheval, Green Street Meats, and SoHo House Chicago which feature incredible dishes and world-class chefs. In addition to great eating, Chicago is also known for its exceptional shopping. The famed Magnificent Mile is packed with high-end retail stores while Lincoln Park offers plenty of quaint boutiques and shops.

Chicago is packed with history, arts, and culture and you could easily spend days exploring all of the city’s museums and monuments. Among the best include the Art Institute of Chicago, Shedd Aquarium, Chicago Cultural Center, Chicago History Museum, Adler Planetarium, and the Field Museum of Natural History.

Cost of Moving from California to Chicago

Moving long-distance can be costly and that’s why it’s important to work with a moving company that is both professional and affordable. North American understands that it’s important to budget these moving expenses and that’s why we offer upfront pricing and competitive rates. The average cost to move from California to Chicago with North American is $3,116.45. Of course there are many variables that will determine the exact cost such as actual distance of the move, the number of items being moved, and additional services such as packing and unpacking. The best way to get an accurate quote is by using our Quote on Demand tool. 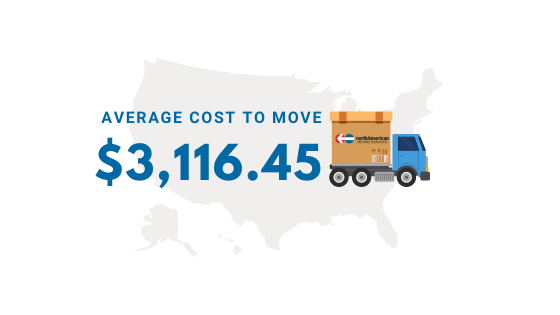 How to Move from California to Chicago

Interstate moves require a great deal of planning and organization. That’s why it is recommended to enlist the help of a professional moving company when you are moving from one city to another. North American has over 85 years of moving experience and our professional movers are equipped to handle every aspect of your move from packing and loading to full transport and unpacking. Relocating can be stressful, but with the right help, your transition can be smoother and less hectic. North American is here to take the stress out of your move so you can start enjoying your new home in Chicago.