The Southeast Region of the United States, which includes states from Florida and Georgia to as far north as Virginia, proudly showcases one of the most unique and diverse regional cultures in the country. Shaped by a number of significant events throughout U.S. history, residents in the region have remained consistent in maintaining a rather distinct Southern culture and identity while progressing with the rest of the country. However, while residents in the Southeast take pride in their upbringing and heritage, the region has also been long-regarded as one of the most welcoming and communal areas of the U.S., treating each other and visitors alike with a certain charm and what most refer to as “Southern Hospitality.” If you know someone from this region or happen to have even one family member there, it is not unheard of for others to quickly begin treating you as if you were one of their own. 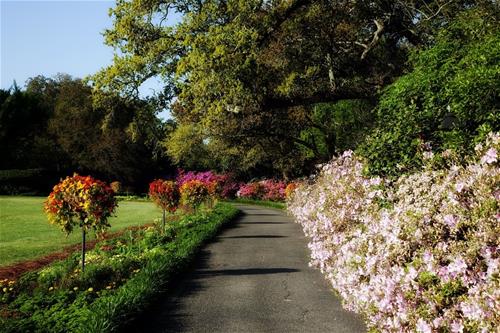 Before you head on over and become part of the family, it certainly helps to know more about the area so that you can find the city best suited to call your new home. We’ve gathered information on the states and a couple of cities within each of them to help paint a picture of what you can come to expect as far as real estate in the region goes. Continue below to get the low-down on the Southeast and learn why its residents love living there!

Alabama, which likely gets its name from the language of either the Creek Indians or Chocktaw Indians (depending on who you ask), is the 29th largest state in the U.S. and home to around 4.8 million residents. Across the state, the median home value is currently around $94,671. Home owners can expect to pay around $872 per month, with those who choose to rent instead paying closer to $519 per month. Of course, these values could change slightly depending on what part of the state you’re in, so take a look at the two cities listed below to get a better idea of how prices can differ in The Heart of Dixie. 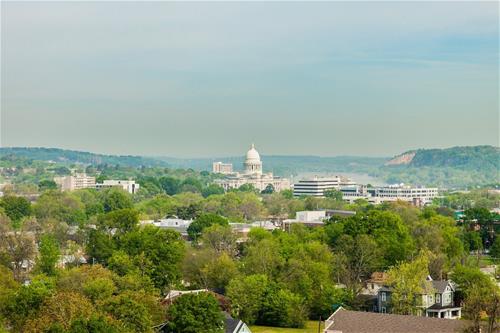 With numerous natural springs and a vast, beautiful landscape, it comes as no surprise why Arkansas is called The Natural State. Although it ranks higher than Alabama as the 27th largest state, only about 3 million residents call Arkansas home at this time. The median home value in the state comes in at $79,006, and home owners and renters can expect to pay somewhere around $773 and $517 a month, respectively. To get an even better idea of what the range of prices within the cities can be, take a look at Little Rock and Fort Smith below. 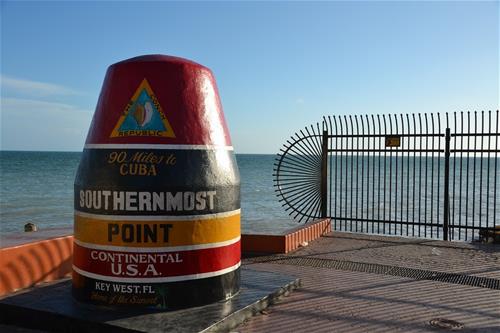 As the southernmost point of the continental United States, Florida has no doubt become quite the destination for retirement and vacation over the years. It only comes in at 22nd in state size, but it packs a whopping 19 million residents, making it the most populous state in the Southeast. Considering its status as a getaway destination, real estate prices can be considerably higher in Florida, giving it a median home value of $149, 291. Home owners spend around $1,143 per month, while renters pay closer to $766 for their residence. When dealing with such a large state, prices can certainly differ quite a bit depending on where you look, but we’ve provided a snapshot of some cities’ real estate data down below. 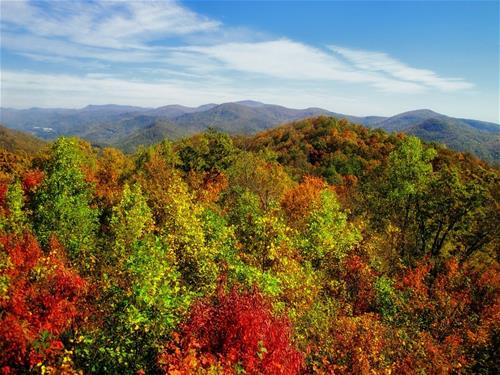 Often referred to as The Empire State of the South, Georgia provides somewhat of a middle ground between the three previous states, with 10 million residents living inside its borders. Just edging out Florida in size, the 21st largest state in the country has a median home value of $136,910 with owners paying a mortgage around $1,143. Those who choose to rent can expect a price somewhere around $766, but of course, it depends on where you’re looking to move. To better understand how the real estate demographics for The Peach State can differ, continue reading to learn about Atlanta and Athens. 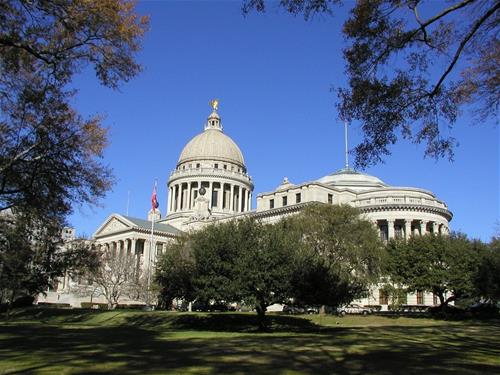 Extending from the southwestern corner of Tennessee down to the Gulf of Mexico, Mississippi has quite a variety as far as real estate goes. It is the 32nd largest state and home to around 2.9 million residents. With one of the lower median home values in the region at $79,023, one might expect most of the homes to be around that price. Mortgages run at somewhere around $843 per month, and renters pay about $529. With both Jackson and Oxford below, however, you’ll notice the much larger range of prices when it comes to cities in the great state of Mississippi. 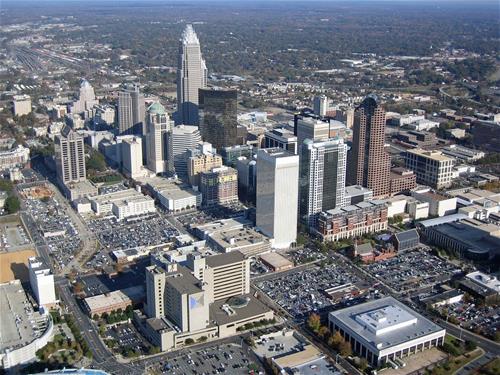 Situated along the Atlantic Coast, North Carolina comes in as the 28th largest state in the country and is home to nearly 10 million people, despite being ranked just below Arkansas in state size. In the Tarheel State, potential residents can expect to find a median home value around $117,771, with home owners paying a mortgage close to $1,028 and renters paying about $610 a month on average. Below, you will find two cities that provide a better look at the real estate demographics in North Carolina. 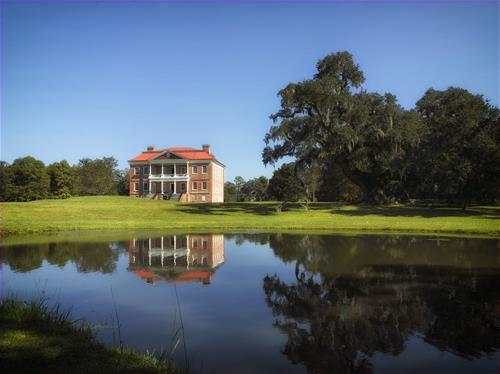 Regarded as the Palmetto State due to its abundance of what became its official tree, South Carolina is home to 4.8 million residents and ranks as the 40th largest state, making it quite different from its northern counterpart in regards to size and population. With a median home value of $113,910, it doesn’t differ too much from North Carolina when it comes to real estate prices. Home owners are looking at paying around $987 a month, while renting residents pay a monthly price closer to $564. However, there are some communities that are outliers as far as some of the real estate demographics go, so read on below to get a better idea of what some prices in South Carolina are like. 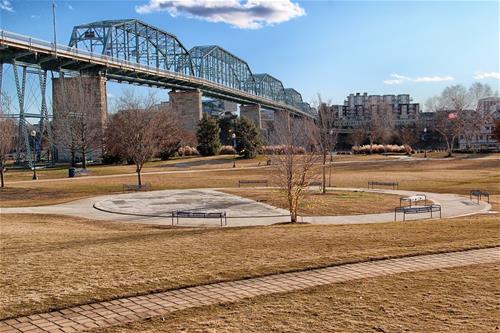 Divided into three regions, Tennessee is the 34th largest state in the country and home to around 6.5 million Volunteers. With a variety of different communities spread across the state, one can expect to see a wide range of numbers when it comes to real estate figures. The Volunteer State boasts a median home value of $110,198, with homeowners paying a monthly mortgage averaging around $954 and renters paying closer to $564. Considering the range of different communities across Tennessee, prices could rise or fall dramatically depending on what city you’re looking into, but below we’ve listed the demographics for two cities that attract quite a few residents. 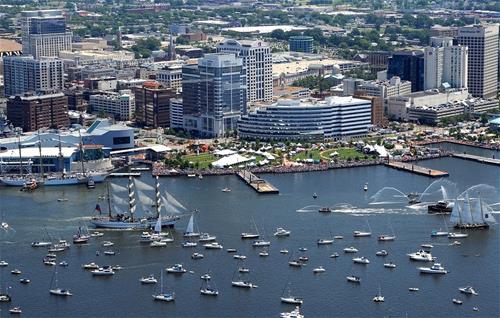 While not quite the smallest state in the region, Virginia ranks as the 36th largest in the United States. However, The Old Dominion has a population of more than 8 million residents, placing it ahead of some of the Southeast’s larger states in regards to population size. Virginia has a median home value of $179,191, and the median cost to own or rent a home in the state is around $1,323 and $757, respectively. Below, you will find two popular cities that paint an even better picture of what one could come to expect when considering moving to Virginia.