Moving from California to Michigan

Moving From California to Michigan

People have to move for a variety of reasons, like work, family, or school. Some people only have to move a few streets away or over to the next town, while others have to move across the state or even across the country. Either way, it can be very stressful to move. 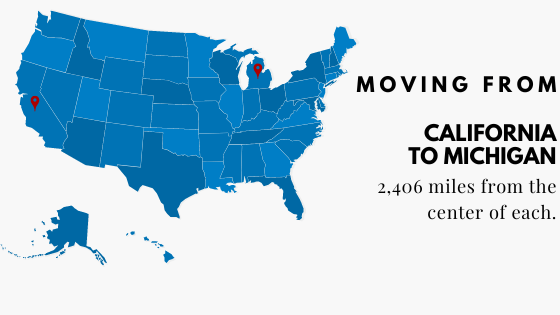 Benefits of Moving From California to Michigan

There are many benefits of moving from California to Michigan, including safety, lower costs of living and cleaner locations across the state of Michigan.

California is a large state with many cities. If you have lived in California long enough, you will know that some cities and locations in the state are safer than others.

According to data provided by National Crime Statistics, in 2020, California's property crime rate was higher than the national average (1,958 per 100,000 population), placing it 18th out of all states.

One of the most attractive parts of moving from California to Michigan is the change in the cost of living. According to data from World Population Review, Michigan has a much lower cost of living rate compared to California.

For example, one can see the difference when comparing the cost of living in a major city in both states. On average, Los Angeles, California, is 98.6% more expensive than Detroit, Michigan.

The major element in the cost of living disparity between Michigan and California is the median home cost. Los Angeles has a higher median home cost than the national average.

California has struggled in recent years with pollution. Michigan has as well but is making significant strides towards cleaner cities.

For example, several organizations across the state have been working together to improve water cleanliness, lower pollution rates, and provide cleaner air.

Cost of Moving from California to Michigan

A long-distance move may be costly, so working with a reputable yet cost-effective moving company like North American Moving Services is essential.

Understanding the importance of keeping to a budget is crucial. The Average line haul moving cost from California to Michigan with North American is $4,500.

Several elements, including distance, number of items needing to be moved, and other services such as packing and unloading, all influence the final cost. The best way to get an accurate quote is by using our Quote on Demand tool listed above. 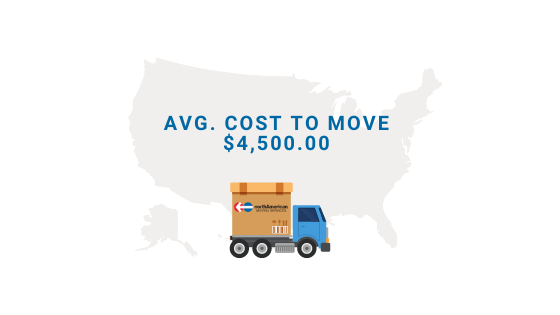 Most Popular Cities in Michigan

When most people think of Michigan, they think of Detroit, which makes sense as Detroit is the state's largest city. However, Ann Arbor and Lansing are among some of the most charming cities to live in the state of Michigan.

Detroit is one of the most famous cities in Michigan as well as the largest city in the state.

At the time of the 2020 census, Detroit was ranked the 27th most populous city in the United States, with a population of about 640,000. Metro Detroit is the second-largest metropolitan region in the Midwest.

Detroit is a significant cultural hub in Michigan. Along with its historical automotive heritage, Detroit is noted for its contributions to the music industry. The city is also well regarded as a storehouse for art, architecture, and design.

Ann Arbor is a city in Michigan's Washtenaw County. It has a population of slightly over 120,000 people, making it Michigan's fifth-largest city, according to the 2020 census.

The University of Michigan resides in Ann Arbor. Because it employs about 30,000 people, the institution has a considerable impact on Ann Arbor's economy. The city's economy orients toward high technology, with the university's research and development facilities attracting various enterprises to the vicinity.

Lansing is Michigan's capital. The city's population accounts for just over 112,000 in the 2020 Census, making it Michigan's sixth-largest city.

The Lansing metropolitan area serves as a major academic, social, governmental, economic, and industrial hub. Michigan State University, a public research university with over 50,000 students, is located in nearby East Lansing.

How To Move From California to Michigan

Experts recommend you engage the services of a professional moving company while moving from one state to another. For a smooth move, it is wise to contact a moving company with a lot of experience.

You will also want to employ professional movers that can handle every aspect of your move, including packing, loading, transporting, and unloading.

Relocating can be stressful, especially when you plan to move 36 hours across the country. However, with the right help, it can be made less so. North American is here to help with your relocation.