Moving from Atlanta to Seattle

Moving From Atlanta to Seattle: Benefits, Cost & How To

It is no secret that the city of Seattle is the place to be. With its thriving economy and overall high quality of life, Seattle is one of the most beautiful cities to live in.

Life in Seattle is a constant barrage of daily challenges and new adventures. Sometimes it's as simple as seeing the beauty of nature in the Seattle skyline to experiencing the thrill of a bustling holiday celebration. This place is a must for anyone who wants to experience American culture at its best.

If you are planning to relocate to Seattle from Atlanta, here's a quick rundown of the most popular places, the benefits, how to move, and the cost involved. 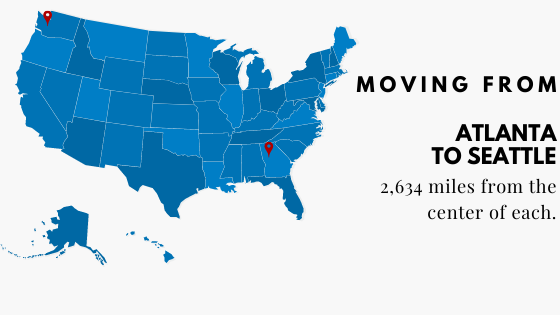 Benefits of Moving from Atlanta to Seattle

Relocating to Seattle will allow you to experience life in a new city with its own unique culture. Here are some of the benefits of moving to Seattle.

The incredible natural beauty of the Pacific Northwest is what draws most people to the region. The majestic Mount Rainier, for instance, rises 14,000 feet above sea level and is visible from all over the area. The snow-covered mountain is truly a sight to behold.

Seattle itself sits on a beautiful bay lined by green forests and snowy peaks. It's impossible not to be inspired by such natural beauty every day of your life here.

If you are planning your move with children, there are many reasons to consider bringing them to Seattle. Families are prioritized in Seattle's education system, and the city offers a plethora of resources to help you get your kids the best possible education.

With some of the finest schools in the US and three notable universities, including the prestigious University of Washington, your children can look forward to a bright future in Seattle.

If you're going to relocate to Seattle, it's wise to get used to good coffee because there's no other like it anywhere else. After all, two of the world's top 3 coffee shop chains, Starbucks and Tully's, are based in Seattle.

Also, if you crave something savory, try a Seattle restaurant—you'll find every kind of cuisine there. And if you prefer more exotic tastes, head over to Pike Place Market for locally produced fruits and vegetables and seafood harvested from nearby waters.

Seattle's economy is booming and its unemployment rate is 5% lower than the national average.

In addition, Seattle has a high employment rate with many companies like Nordstrom, Starbucks, and Amazon having headquarters in the city. It also has one of the biggest ports in America making it an influential trading hub on a global scale. All these factors have contributed to making Seattle one of the most desirable cities to live in America as well as one that is experiencing exponential growth year on year.

Seattle, Washington is the fastest-growing metropolitan economy in the United States. The city's economy is driven by life science companies, such as Amgen and ZymoGenetics; aerospace manufacturing, such as Boeing and the regional airlines; and software development, such as Microsoft and Nintendo of America. It also has a highly diversified industrial economy, with major manufacturing centers focused on aircraft (Boeing), shipbuilding, and food processing (Nabisco).

Seattle has often been called the "most American" of America's cities. That's because it embodies all the best qualities of American life—especially its love of freedom and individualism. The city itself lies along one of the most picturesque landscapes in America, and it also happens to be at one of the country's major transportation crossroads. In other words, you can easily hop on a plane or train and get anywhere else in America within just a few hours.

How To Move from Atlanta to Seattle

The distance between Atlanta and Seattle may seem quite long, but it is not impossible to move. After all, the nation is served by several interstate highways systems, interconnecting all major metro areas.

However, with a long-distance move, it is best to hire a moving company. These professional movers will not only help with the unpacking and transportation but will also handle the paperwork and scheduling of your move.

Through proper planning, you can have a hassle-free Atlanta to Seattle move.

Cost of Moving from Atlanta to Seattle

On average, the cost of moving from Atlanta to Seattle is $3,623.82. However, it is difficult to know the true cost of a move without taking into account many other factors. Moving costs are determined by several variables, including distance, your belongings, and the professional services you use to handle them.

If you're thinking about moving from Atlanta to Seattle, the best way to know the exact cost of your move is to fill out the Quote on Demand above. 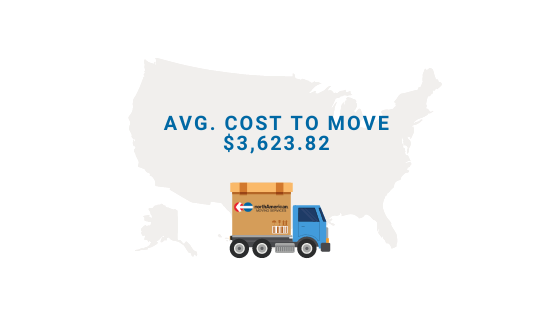 Most Popular Neighborhoods in Seattle

With its charming Victorian homes, waterfront walkway, and colorful commercial district, Ballard is one of Seattle’s most interesting neighborhoods. It has a strong maritime heritage and is popular for its historic brick buildings, independent boutiques, and restaurants. Even if the sun’s not out, a foggy day in Ballard still can feel like a sunny afternoon. However you choose to experience it—at home or out on the town—Ballard offers a lively mix of attractions as well as easy access to Puget Sound.

Capitol Hill is one of Washington State's most distinctive neighborhoods. It's known as the birthplace of grunge culture and has a vibrant nightlife, with music and performing arts venues, breweries, and independent bookstores. Ideal for young singles and families, the district houses famous landmarks such as Volunteer Park and is conveniently located near Downtown and other neighboring hubs.

Capitol Hill's shops and restaurants are close to downtown Seattle, but many residents choose to live here because it's in a quiet location, with beautiful views of Lake Union.

Fremont is a unique neighborhood in Seattle. Its modern appeal has made it the most diverse area in town, and best of all, there are apartments and homes available for a wide range of occupants. In addition to new apartments, there are family houses on the other side of Fremont, with nearby schools for your family and public means if your lifestyle requires these amenities.

Nestled between Ballard and Wallingford, Fremont's neighborhood charm offers canal views, cultures from around the world, and plenty of entertainment for you and your friends.

Queen Anne is a lovely neighborhood that has the best of both worlds. Unlike other urban neighborhoods, it's quieter and boasts more serene landscapes. This Seattle suburb is considered one of the best places to raise kids, due to its wide array of activities, parks, and historical landmarks.

West Seattle is a popular neighborhood in Seattle, famous for its quaint scenery, cultural vibrancy, open spaces, and quality educational institutions. The district is also home to some of the country's most prized historical landmarks and various entertainment venues.

Belltown, one of Seattle's oldest townhome neighborhoods, is a family-friendly neighborhood in the Pike Place Market District. The shopping and nightlife in Belltown are easily accessible, and here you can enjoy the perfect summer evening on your balcony with a glass of homemade sangria. But there's more to Belltown than just great bars. With its vibrant arts scene, you'll feel like you are in one big gallery!

When you are looking for moving companies from Atlanta to Seattle, finding an affordable and reputable choice can seem like a challenge. Why not find and call the professionals at North American Van Lines?

At North American Van Lines, our professional moving teams are licensed, bonded, and insured. We know that every move is different, so we offer customized service plans to match your needs. Whether you are moving across town or across the country, we are just a phone call away to help take some of the stress out of your move!