Moving from San Diego to Austin

Moving from San Diego to Austin

If you are preparing to move to Austin, you aren’t alone. The capital of Texas continues to rank as the No.1 best place to live in the U.S. Thanks to a strong job market, high quality of life, affordable cost of living, and high desirability among millennials and retirees, it’s no wonder Austin is attracting so many newcomers each year. Known by many nicknames including “The Heart of Texas,” “Silicon Hills,” or “The Live Music Capital of the World,” there’s no doubt that Austin is a fantastic city to live, work, and play in. As you prepare to relocate from San Diego, here are just a few reasons you will love starting your new journey in Austin. 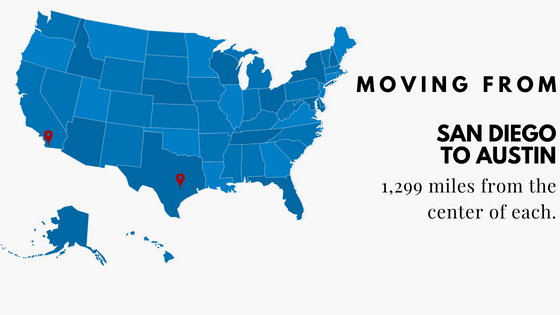 Benefits of Moving from San Diego to Austin

Austin is one of the fastest-growing cities in America due in large part to its booming economy. In fact, it recently ranked as having the second hottest job market in the country. It has a long-standing presence in the software and technology industries and has earned the nickname, “Silicon Hills.” Home to tech giants like Dell, Apple, Google, Dell, HP, IBM, and Tesla, there’s no doubt that Austin is a major player in the rising tech scene. High-tech manufacturing, space technology, and government jobs are also highly prevalent in the city. Not only is this a great city to start a career in, but wages are higher in Austin than the national average.

There’s no doubt that San Diego is a beautiful place to live, but it is also incredibly expensive. As you relocate to Austin, you will be happy to know that Austin has been named the fifth most affordable city in the U.S. Pretty much everything in Austin costs less than in San Diego, which means more money in your pocket. In fact, the overall cost of living in Austin is 24% cheaper than in San Diego, while housing costs are nearly 75% cheaper! Not only is it cheaper to live in Austin, but homeownership is actually possible in this Texas city. Furthermore, Texas does not collect a state income tax which means you are saving even more money!

If you love listening to live music then Austin is the perfect destination for you. Nicknamed the “Live Music Capital of the World,” you can find live music nearly every night of the week at various bars, restaurants, and venues across the city. You can literally check out a new venue almost every night and never hear the same musician twice. Whether you want to do some boot scootin' boogie, enjoy a cocktail at a high-end restaurant, or take part in a pub crawl, Austin is full of nightly entertainment. Austin also hosts a number of major music festivals including the South by Southwest festival and Austin City Limits.

Austin is a great place to live for nature lovers. With miles of hiking trails and opportunities for kayaking, canoeing, swimming, and boating, there is something for everyone. Spend a day on one of many lakes, jump in a local swimming hole, or uncover secret waterfalls and nature trails. Thanks to its year-round warmth, residents can get out and explore this incredible landscape anytime!

Austin is definitely a foodie destination and ranks among the top cities in the nation for food. You will find a variety of delicious eats from Texas comfort foods to fine dining. Austin also ranks No. 2 in the country for food trucks, with more than 1,400 registered mobile food vendors in the city. For those looking to indulge their need for good food, Austin’s incredible food scene will not disappoint. If that’s not enough to tickle your tastebuds, Austin is also home to an incredible variety of craft breweries and microbreweries. It has even been ranked among the top beer destinations in the world! Austin is a one-of-a-kind city that offers everything from great music to delicious beer and awesome eats.

Cost of Moving from San Diego to Austin

Moving can be expensive so it’s important to set a budget so you can stay on track. That’s why North American provides customers with upfront pricing and customizable moving packages so you can find a moving package that fits your budget. The average line haul cost to move from San Diego to Austin with North American is $3,600. It is important to keep in mind, however, that many factors go into determining the cost of a move including the exact distance you are moving, the number of items being moved, special shipping or handling needs, and additional services such as packing and unpacking. At North American, we understand how important it is to stay on budget and that’s why we have made it easy to get an accurate quote using our Quote on Demand tool listed above. 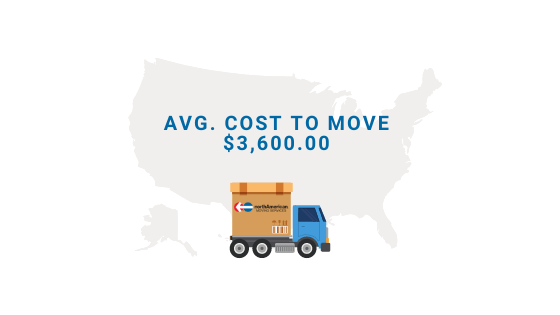 How to Move from San Diego to Austin

Interstate moves require a great deal of planning and organization. That’s why it is recommended to enlist the help of a professional moving company when you are moving long distances. North American has over 85 years of moving experience and our professional movers are equipped to handle every aspect of your move from packing and loading to full transport and unpacking. Relocating can be stressful, but with the right help, your transition can be smoother and less hectic. North American is here to take the stress out of your move so you can start enjoying your new home in Austin.