Moving from Boston to Chicago

Moving from Boston to Chicago

If you are preparing to move to Chicago, you’re in for a treat. Chicago is one of the greatest cities in the country, packed with history, beautiful views, great food, and an intense sports culture. It’s the perfect place to live for those who want a bustling urban metropolis without the stress of a big city like New York or Los Angeles. As the largest city in the Midwest, Chicago offers great transportation, plenty of jobs, and plenty of amenities. From its towering skyscrapers to its gorgeous waterfront views, Chicago is an attractive option for those looking for a big city with scenic views. As you prepare to relocate from Boston, here are just a few of the advantages of living in the Windy City. 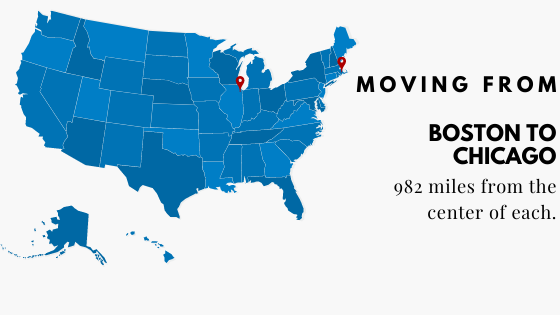 Benefits of Moving from Boston to Chicago

It’s Easy to Get Around

For such a large city, Chicago is surprisingly easy to navigate. For starters, it is extremely walkable and many people also choose to ride a bike. Plenty of people also own cars, although the rush hour traffic in and out of the city can be heavy. For those who don’t own a car and prefer not to walk everywhere, the city also has a very accessible and efficient public transportation system made up of the “el train” system along with extensive bus routes. With so many options to choose from, you can easily get just about anywhere you want to go.

It Has a Beautiful Waterfront

While most people don’t think of the Midwest as a beach destination, the shores of Lake Michigan actually make for an impressive beach scene. While it might not be the ocean, it still offers opportunities to relax along the waterfront with beautiful views and plenty of water activities. The miles of beaches are great for taking a stroll, boating, fishing, and more. In addition to Lake Michigan, the Chicago River also runs through the heart of the city providing downtown residents with sensational views, guided boat tours, and an ever-expanding riverwalk.

As a transplant from Boston, you can appreciate the importance of great education and Chicago will not disappoint. The Chicago area is home to two world-class universities: Northwestern University and the University of Chicago. In addition, there are a number of other colleges and universities located throughout the city, making it one of the largest college towns within a city.

While Chicago is not exactly a cheap place to live, it is surprisingly more affordable than other major cities. With a median home price of $295,000, it is far more affordable to live in Chicago than one might expect. In fact, the cost of living in Chicago is about 52% cheaper than Boston and the median home price in Boston is a staggering $602,000. Newcomers will also find that rent prices, groceries, food, and utilities are cheaper in Chicago than Boston.

There’s no doubt about it...Chicago is serious about sports. It’s hard to go anywhere in the city without hearing someone talking about Chicago sports. Chicago is home to two MLB teams, the Cubs and the White Sox and proudly claims Wrigley Field as its own. There’s also the Chicago Bears, Chicago Bulls, Chicago Blackhawks, and Chicago Wildcats, meaning you will have no trouble finding your place among sports fans. In fact, Chicago has been dubbed the Best Sports City in America.

While the city may be known for its pizza and hot dogs, those classic favorites are just the beginning of Chicago’s food scene. The Windy City is also home to some of the highest rated restaurants in the world, featuring celebrity chefs like Rick Bayless and Grant Achatz. The food culture is so remarkable that the city even hosts the annual James Beard Foundation award ceremony.

Chicago is arguably one of the best shopping destinations in the country. Michigan Avenue features a mile-long stretch of boutiques, malls, and restaurants and is affectionately known as the “Magnificent Mile.” There are also fabulous shopping destinations located throughout the city in Wicker Park, State Street, and Oak Street. You will find everything from discount stores and art galleries to antique shops, boutiques, and the largest department stores in the world.

Cost of Moving from Boston to Chicago

Moving can be expensive so it’s important to set a budget so you can stay on track. That’s why North American provides customers with upfront pricing and customizable moving packages so you can find a moving package that fits your budget. The average cost to move from Boston to Chicago with North American is $2,134.06. It is important to keep in mind, however, that many factors go into determining the cost of a move including the exact distance you are moving, the number of items being moved, special shipping or handling needs, and additional services such as packing and unpacking. At North American, we understand how important it is to stay on budget and that’s why we have made it easy to get an accurate quote using our Quote on Demand tool listed above. 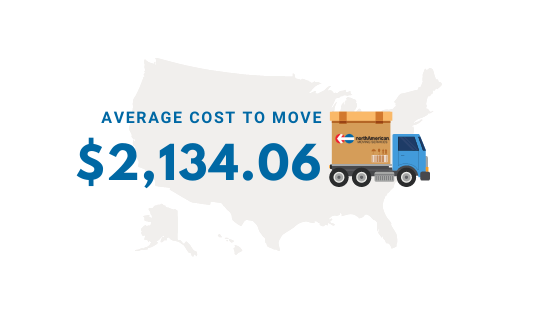 How to Move from Boston to Chicago

Long distance moves require a great deal of planning and organization. That’s why it is recommended to enlist the help of a professional moving company when you are moving from one city to another. North American has over 85 years of moving experience and our professional movers are equipped to handle every aspect of your move from packing and loading to full transport and unpacking. Relocating can be stressful, but with the right help, your transition can be smoother and less hectic. North American is here to take the stress out of your move so you can start enjoying your new home in Chicago.