Known for its baked beans, Fenway Park, and the marathon, Boston is a city rich in history and tradition. This vibrant and diverse city is home to world-class healthcare, excellent education, fantastic shopping, and a one-of-a-kind sports scene. Despite its size, residents of Boston agree that it is a unique tight-knit community where people look out for each other. Here are just a few of the highlights of moving from NYC to Boston. 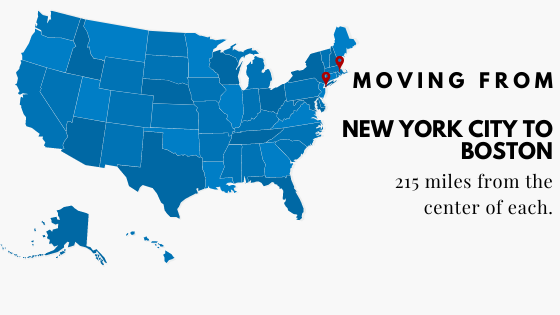 Benefits of Moving from NYC to Boston

As a transplant from New York City, you are used to your fair share of walking. You will be glad to know that Boston is considered one of the best cities in the country for walking. There are a number of walking trails and sprawling parks surrounding the city providing residents with plenty of opportunities to get some fresh air and exercise without leaving the city limits. There are also numerous trails connecting surrounding neighborhoods which make it easy to walk to work or pretty much anywhere else in the city.

From the Boston Tea Party to the Curse of the Bambino, Boston is rich in history. The Freedom Trail was one of the first historic walking tours and it weaves throughout the city taking people from one historical site to the next. You will find historical markers nearly everywhere you turn in Boston, as the city is proud of its role in American history. From the USS Constitution to Walden Pond, there are little pieces of history dotted throughout the city.

Boston is known for having some of the best healthcare facilities in the world. People come from all over the world to see doctors at hospitals such as Massachusetts General Hospital, Boston Children’s Hospital, Dana Farber Cancer Institute, Massachusetts Eye and Ear Infirmary, and Brigham Women’s Hospital. Few places on Earth have as many top-ranked hospitals and doctors within the same city.

Boston is a city with a focus on education. Ranked 8th in the world for “Best Student Cities,” the Boston area is home to some of the most prestigious schools in the world. With over 20 institutes of higher learning including Harvard, MIT, Boston College, Berklee College of Music, and Tufts, Boston has been nicknamed the “world’s capital of learning.” In addition to its top-ranked colleges and universities, Boston suburban school districts are ranked among the best in the nation. The suburb of Wellesley, located just 16 miles from Boston, has also consistently ranked as one of the highest-educated towns in the country.

Boston is a sports lover’s paradise with some of the most devoted fans in the world. Home to a number of professional sports teams including the Red Sox, the Bruins, the Celtics, and the Patriots, Boston residents share a common love for their hometown teams. It is a sports culture like nowhere else in the country and one that unites this incredible city.

There is no shortage of things to do in Boston. In addition to cheering on your favorite team, there are cultural activities, festivals, concerts, and family events nearly every day of the year. Among the most popular events are the annual Boston Marathon, the Cambridge Science Festival, Harborfest, ArtWeek, Boston Calling Music Festival, and the spectacular 4th of July fireworks. The city is also packed with great pubs, bars, restaurants, and excellent shopping.

Cost of Moving from NYC to Boston

Everyone wants to stay on budget when they are moving from one city to another. That’s why North American strives to provide customers with exceptional moving services at an affordable price. The average cost to move from New York City to Boston with North American is $1,960.71. Of course, there are many variables that will determine the actual price such as the exact distance of the move, the number of items being moved, and additional moving services such as packing and unpacking. The easiest way to get an accurate quote is by using our Quote on Demand tool. You can also call and speak to one of our friendly representatives to request a free quote. 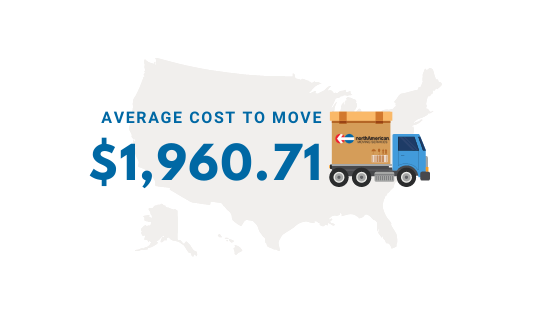 How to Move from NYC to Boston

Moving from one city to another requires a lot of preparation and this can be overwhelming when you have so many other things on your mind. Apart from packing all of your belongings, there are lots of other decisions to be made throughout the moving process. Hiring a professional moving company like North American can save you time, money, and energy. North American has over 85 years of moving experience so we know exactly what it takes to execute a seamless interstate move. You can avoid much of the stress of moving by allowing our team of professionals to assist you with packing, transport, and other tasks. We can also help navigate the transport of your belongings so they arrive safely and on time to your new home. At North American, we understand how challenging a move can be and we are here to help you every step of the way.