Moving from Washington State to California

Moving from Washington State to California -Benefits, Cost & How To

California attracts millions of aspiring residents every year. It is among the largest states in America with excellent cities and towns. When moving from Washington, there are plenty of good things to look forward to in the Golden State. 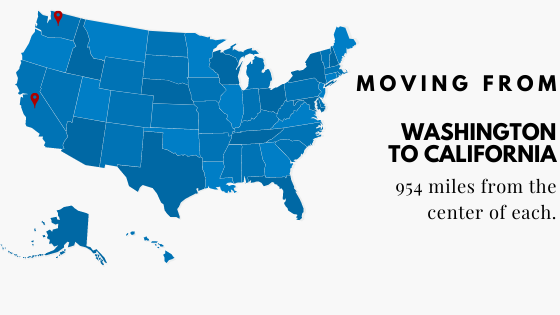 Benefits of Moving from Washington State to California

Temperatures vary throughout California because of its diverse topography and changing seasons. The Golden State is famous for having a Mediterranean climate - making it sunny and warm throughout the year. The mountains are snowy, and the flaming desserts have mild cold winter season.

Nevertheless, there is ample sunshine for every location in California. The climate is much more friendly compared to the cool weather prevalent in Washington. Temperatures average 70°F, making it possible to enjoy outdoor activities throughout the year.

Plenty of Activities to Enjoy

The Californian fertile valleys are also a buzz of activities like the Hollywood walk of fame, vineyards, orchards, and farms. Additionally, there are plenty of parks with diverse activities for individuals and families. You can also ski on the Golden State's snow-capped mountains and enjoy its breathtaking rivers and lakes.

California cuisines are a cultural fusion of many ethnic communities. Its roots trace back to Native Americans bringing in fresh produce and Spanish herbs and spices. Later on, immigrants from all over the world added their flavors. Today, the food culture is rich and robust with Chinese, Japanese, Mexican, French, and Italian influences. Enjoy signature staples like the cobb salad, cioppino, the French dip, burritos and tacos, the sourdough bread, and so much more.

California has a plethora of employment opportunities. It has several thriving industries like tourism, where physical features attract domestic, national, and international tourists.

In entertainment, California is home to the world's entertainment scene - Hollywood. Hollywood attracts dreamers, artists, non-actors, and tourists. Furthermore, the Golden State also houses the world's technological giants in Silicon Valley. Google, Facebook, and Apple all have their base in California. Its housing industry is also thriving - with high-end and affordable houses developed in the scenic state.

There are many activities in California. You can visit Hollywood, Disneyland Park, The Getty, the Golden Gate Bridge, Alcatraz Island, and the San Diego Zoo. California also has world-class restaurants and affordable eateries for you to enjoy. In this state, there is never a dull moment.

How to Move from Washington State to California

The distance between Washington State and the Golden State is 50 miles. Traveling by road may take over 15 hours - this depends on your current location in Washington. If you live in Seattle and are relocating to San Diego, that would take 20 hours. On the other hand, if you live in the northern tip of Washington State, it may take five hours to reach California.

Regardless of distance, moving with your entire possessions using the busy interstate highways or meandering routes is expensive, tiring, and time-consuming. Instead of shouldering this burden, you can hire the services of a moving company.

Hiring moving services is more advantageous than handling the responsibilities yourself. Aside from lowering the cost of relocation:

At North American Van Lines, we specialize in making the moving experience as seamless as possible. We provide:

Cost of Moving from Washington State to California

Moving alone can be very expensive. You need to hire a truck, container, factor in fuel, packaging equipment, time, and energy. Hiring moving services is convenient and cost-effective. The cost of moving depends on:

An average estimation of moving costs from Washington to California is approximately $2,903.50. 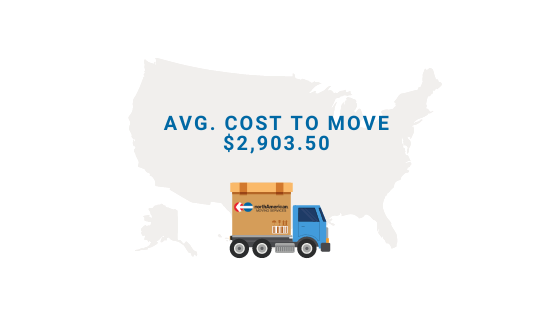 Most Popular Cities in California

The Golden State has plenty of habitations. It all depends on your preferences.

If you are looking to adapt to the glitz and glam of SoCal living, then Los Angeles is the place for you. The city has a perfect work-life balance. There are plenty of employment opportunities from Silicon Valley and other international corporations and endless fun from its blooming outdoor activities. The city is close to the beach and has a mountainous side with valleys.

San Francisco has small-town vibes with big-town sights. The place is home to a little bit of everything. It is intellectually and economically vibrant. It also has thriving restaurants and eateries, breathtaking geographical features, and is not as populated as New York.

It is known as the American Riviera because of its historic Spanish architecture, rich heritage, pristine beaches, dramatic canyons of the Santa Ynez mountains, and world-class wine and cuisine. The median age for this college town is 39.

San Diego has a lot to offer other than just being the home to LEGOLAND. The town has a laid-back culture with the thriving features of California - the beach, diversity, and proactive art and culture scene. It also has 150 local breweries. The median age is about 34 - attracting a lot of millennial activities.

Anaheim is among the safest cities in America, with crime rates below 15%. It gets its name from the Santa Ana River - the city's landmark and is home to Disney's resort and theme park. It also has eight public school districts and over 70 public schools. It is home to the Anaheim Ducks - named after Disney's Mighty Ducks.

North American Van Lines specializes in moving household and corporate loads locally and internationally. Our company has been in operation for over 85 years, providing excellent moving services across the globe. You can trust us to get your resources and possessions to your chosen destination. We employ care and safety in our operations and have a team of experts handling your freight. Don`t hesitate to request your moving quote today.