Moving from Boston to Detroit

Moving from Boston to Detroit

If you are planning a move to Detroit, there are some important things you might like to know about this unique city. Nicknamed the Motor City, Detroit has far more to offer than automobile factories and muscle cars. The city is actually an incredibly close-knit community filled with kind people and a strong sense of hometown pride. Of course, Detroit is also packed with great amenities including diverse neighborhoods, loads of history, an incredible food scene, and a shared passion for sports. As you prepare to relocate from Boston, here are some of the amazing things you can expect to find when you arrive in Detroit. 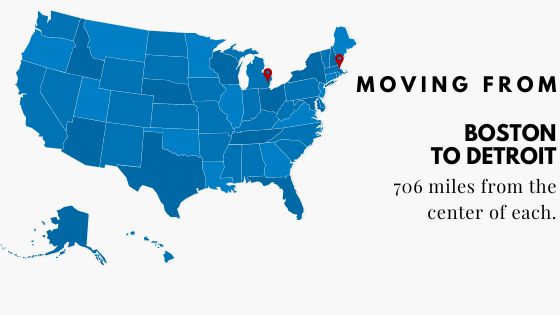 Benefits of Moving from Boston to Detroit

If you are looking to start or change your career, Detroit is a great place to be. It is ranked among the top 10 most innovative hubs in the U.S., outranking major cities such as Chicago, Portland, and Denver. While Detroit is certainly a major player in the automotive industry, it has also seen a recent surge in tech and life science jobs as well. It has also become an incredible destination for startups, with a 50% growth rate in the number of startups in the past 3 years. 75% of the country’s automotive industry is located in Detroit, making it the automobile capital of the world. It is also the second-largest source of architectural and engineering jobs in the country. It is also among the top 5 financial centers in the U.S. and is an emerging leader in technology.

Not only do you have a higher chance of employment in Detroit, but it has one of the lowest costs of living in the country and is a very affordable place to live, work, and play. The median home price in Detroit is 80% lower than the national average, and nearly 91% less than in Boston. In fact, the overall cost of living in Detroit is 42% cheaper than in Boston. In addition to more affordable housing, you can also expect to save money on food and groceries, utilities, and healthcare.

As a transplant from another big city, you will be delighted to know that Detroit has one of the shortest average commutes of any major city. On average, Detroit residents spend about 23 minutes commuting, which is 11% less than the national average. While the public transportation system is still a work in progress, it provides 2,300 miles of protected bike lanes, pathways, routes, and company ride-sharing. With so many different options, you get to choose the type of commute that suits you best.

Detroit is definitely a melting pot of cultural diversity. As you drive through the city you will pass Irish, English, Asian, and African American neighborhoods, each with its own unique characteristics and traditions. Being part of a diverse community means getting to immerse yourself in the history and traditions of countries all over the world. From the incredible food to the unique arts, customs, and festivals, this blend of cultures is part of what makes Detroit one of the nation’s greatest cities.

The city is definitely undergoing a huge transformation and that is especially evident in the increasing selection of incredible restaurants around the city. From food trucks and sidewalk cafes to Michelin-starred restaurants and authentic ethnic eateries, Detroit is quickly becoming a food lover’s paradise. In fact, it recently ranked among the top “Hottest Food Cities” in America.

As a transplant from Boston, it can be assumed that you have a natural love for sports. While it may take you a bit to switch teams, you will certainly find yourself immersed in a thrilling sports scene. With the Lions, Tigers, Pistons, and Red Wings, the heart of downtown is ground zero for anyone who loves the excitement of professional sports.

Cost of Moving from Boston to Detroit

A long-distance move can be costly and that’s why it’s important to work with a moving company that is both professional and affordable. We pride ourselves on providing customers with exceptional service at a price that fits their budget. The average line haul cost to move from Boston to Detroit with North American is $3,000. Of course, there are many variables that will determine the exact cost such as the actual distance of the move, the number of items being moved, and additional services such as packing and unpacking. The best way to get an accurate quote is by using our Quote on Demand tool listed above. 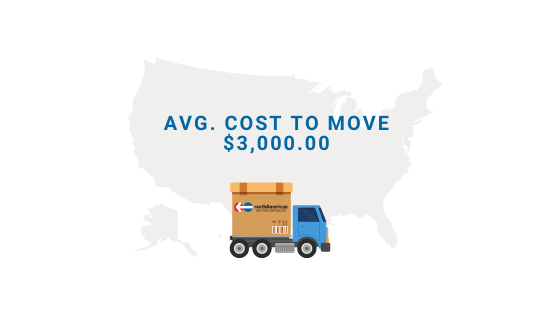 How to Move from Boston to Detroit

Interstate moves require a great deal of planning and organization. That’s why it is recommended to enlist the help of a professional moving company when you are moving long distance. North American has over 85 years of moving experience and our professional movers are equipped to handle every aspect of your move from packing and loading to full transport and unpacking. Relocating can be stressful, but with the right help, your transition can be smoother and less hectic. North American is here to take the stress out of your move so you can start enjoying your new home in Detroit.