The Best School Districts to Move to in America

Best School Districts to Move to in America

When it comes to reasons for a family move, the overall quality of a region’s education options tends to be one of the most shockingly effective contributing factors behind migrating in the first place. In fact, school quality for kids in kindergarten through twelfth grade often ranks as one of the top reasons for elective migrations (moves not based on career events or other prompting reasons) that can often determine where families are headed. So how important are school districts to your move?

Below, we’ve put together a list of some of the most popular, prominent, and consistently successful school districts across the country. Many of these areas are renowned for their track record in education success for kids and teens, along with often serving as neighbor to a range of additional educational opportunities that help students to further their educational and career ambitions down the line. Read ahead for a primer on the best overall areas you can consider moving to if education is one of your top priorities. 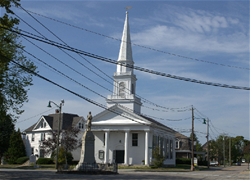 Situated in New Canaan, the Connecticut town of the same name, this school district has made waves in recent years as a frontrunner in regards to its academic resources, extensive facilities and more that serve its over 4,000 students across elementary school, middle, and high school. The New Canaan district has garnered a reputation for consistently ranking highly among its frequency of Advanced Placement and Honors programs offered as early as middle school, as well as a uniquely tailored high school graduation path that places a special emphasis on gearing up toward university application and enrollment. Movers headed the way of Connecticut would do well to look into their possibility of residing in New Canaan School District jurisdiction. 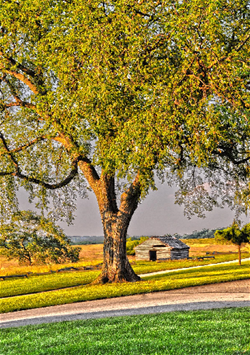 The school district of the Unionville-Chadds Ford area serves a population of roughly 4,000 students, ranging from kindergarten through the twelfth grade. Seven townships in total fall under the wing of Unionville-Chads Ford school district, and the district has garnered a reputation for its strong support by the local community, with parents in particular pushing to support and help grow the activities of the schools throughout the district. Unionville-Chadds Ford students are renowned for their reading and math scores, with an estimated rate of over 93% proficiency in the subjects across its overall student body.

Serving as one of the larger student population counts across the list of top school districts, the Palos Verdes Peninsula Unified School District accounts for over 11,500 students, yet maintains a level of educational quality that rivals the top districts nationwide. In addition to its kindergarten through twelfth grade services, the school district also offers a handful of early childhood development centers focusing on pre-K education that have gained a significant reputation in recent years for their notable level of quality. The district is renowned for its exceptional level of diversity, and also of particular note are the district’s exceptional standardized test scores for high school students. A remarkable 630-660 are averaged across student’s scores in the SAT, while the district has consistently averaged a 29 out of 36 in its ACT test scores –both not easy feats for an individual student to manage, let alone to retain as an overall average across all students.

As one of the smaller districts in overall student population count, the Bronxville Union Free School District covers a total student body of over 1,600 and primarily serves kindergarten through twelfth grade, throughout the Westchester County and Bronxville, New York areas. As a somewhat unconventional contender across the top school districts, the Bronxville Union Free School District places a particular emphasis on fostering a comfortable environment that encourages open ended learning, and it seems to have worked well. Students in the district average a remarkable rate of 30 out of 36 across their ACT tests, along with a consistent SAT range that falls between 650 and 670—far from easy scores to achieve for many across the country, and an exceptional indicator of the school district’s effectiveness. 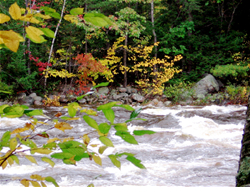 Dresden serves a similarly small student body, serving roughly 930 students throughout a typical year across the state of New Hampshire. Unlike many school districts in the list that serve a conventional K-12 demographic, Dresden focuses entirely on 6th to 12th grade students, with a focus on custom tailored individual learning experiences. This somewhat unconventional teaching method has produced exceptional results, with most of the district’s students experiencing considerable levels of success on achieving and retaining enrollment across a variety of colleges and universities, both in the northeast and beyond.

It’s important to note that there are a very large range of factors that come into play when ultimately deciding where you and your family should move. Fun factors such as recreation, music venues, parks and the like often make for a more appealing move, while more important things to keep in mind can include everything from the average climate to the overall diversity of the job market.

You should keep in mind that the quality of school systems in your new city are an extremely important factor worthy of consideration. However, do try to remember that there is generally no “one size fits all” approach to locking down the perfect city. Each town you study will likely have its share of ups and downs.

Banking it all on one factor alone (even when it happens to be the quality of the city’s K to 12 school districts) isn’t always the best idea, and you’ll want to try and keep a leveled out approach when rolling the dice on a new locale to settle down (or take on exciting new beginnings) in. Take advantage of resources to research the quality of school districts in a new area, but don’t put too much credit into it making or breaking your move.