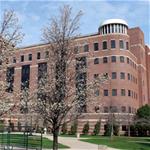 Lafayette, Indiana, is home to more than 67,000 residents and is located 63 miles northwest of Indianapolis along Interstate 65. The city’s core is formed in conjunction with West Lafayette and is also home to Purdue University, a public university with more than 29,000 undergraduate students from all 50 states and approximately 130 countries.

The French government established For Ouiatenon near the land that would become Lafayette. The fort was a major center of trade for fur trappers, merchants and Native Americans. Lafayette was platted in May 1825 by William Digby and was named for General Lafayette, a French soldier who helped the Continental Army during the Revolutionary War.

Each year, the Feast of the Hunters’ Moon attracts attendees who watch a re-creation of the annual fall gathering that once took place between the French and Native Americans at Fort Ouiatenon. Participants can hear a history of the relationships between the groups and enjoy authentic food among a number of other activities.

Just north of Lafayette’s city limits is the Tippecanoe Battleground. This battlefield attractions thousands of visitors each year who want to see the wooded area where the conflict occurred. You can walk the grounds, learn about Tecumseh and The Prophet and see museum displays. Historic firearms are also in display at the Tippecanoe Battlefield, including 51 long guns and rifles dating back to the early 19th century up to the beginning of World War II.

When you decide to move to this college town, it’s time to search for a Lafayette moving company. That’s when you can turn to North American Van Lines for all your moving needs. northAmerican has 500 agent locations throughout North America and hundreds of customer service representatives available 24/7.

northAmerican offers a number of services including full-service and fragile-only packing as well as box and furniture inventory so you won’t have to worry about any of your belongings being left behind. You can also purchase self-pack materials such as wardrobe and mattress boxes or dish barrels for your kitchenware. All northAmerican customers receive free residence protection pads and carpet covers for corners, railings, doorways and high-traffic areas.