Moving and Relocation Industry News
How To Maximize Employee Recruitment Efforts During a Recession
by Bobbi Maniglia
Recessions, and the layoffs that typically come with them are an unavoidable part of the business cycle. But for those companies that are growing, recessions offer an excellent opportunity to secure top talent that otherwise might not be available. 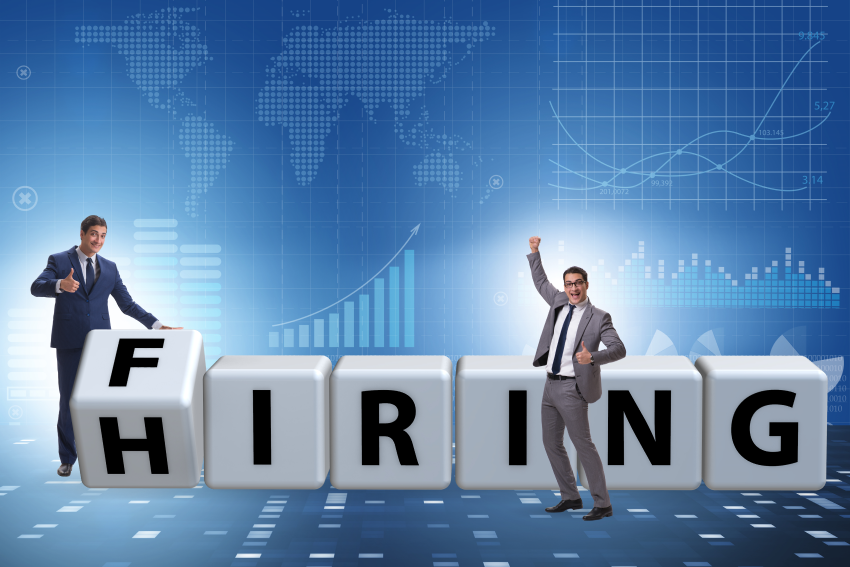 Recessions are an unavoidable part of the business cycle that can be triggered by a variety of incidents, such as a sudden economic shock, fallout as a result of uncontrolled inflation, excessive debt, etc.

Unfortunately, recessions and unemployment go hand in hand—a spike in unemployment may indicate the start of a recession, while joblessness further exacerbates the downturn.

However, even when times are tough, talent remains your greatest asset, making the process of hiring during a recession as important as ever.

Upon forecasts of a new recession, companies can be proactive, leveraging strategic recruitment policies to secure valuable talent and minimize harmful long-term repercussions.

Maintaining Recruitment Efforts During a Recession

At the onset of a recession, many companies look to lay off workers and sideline hiring efforts in order to cope with diminished demand, declining profits and elevated debt.

Though putting recruitment efforts on hold may seem the best option to cut costs, it may result in a dangerous domino effect on spending and sentiment, spurring additional job losses, compounding weaknesses and inflicting lasting damage on the economy and workers.

As unemployment climbs and job-seekers begin their hunt for their next employment opportunity, there is an unprecedented opportunity to tap into rarely available talent.

Securing a wave of strong hires early in or leading up to a recession will give businesses a competitive advantage whenever the economy stabilizes.

While some areas of your company may be contracting, others are likely growing and require new employees to support that growth.

Abandoning the search for a candidate to fill a critical role could put your business at a severe disadvantage when the economy recovers.

Therefore, instead of freezing hiring efforts, companies should consider selective hiring—recruiting only for roles that will support the success of your business, while putting nonessential roles on the backburner.

This will allow you to take advantage of the unique opportunity to hire top talent and continue to propel your business forward.

The Need for Data-Driven Hiring

Additionally, in times of economic downturn, the stakes for hiring are higher. Companies are closely monitoring financials and a hiring freeze may be on the table as a possible cost-controlling measure, leaving an even smaller margin for error.

With so much at stake, the need for data-driven recruiting is even more vital. Hires for which you would typically rely on gut instinct need to be replaced with calculated decisions.

Proactive Measures to Take Leading up to a Recession

The economy is incredibly unpredictable and we are witnessing a shift from a candidate’s market to an employer’s market. Having proactive strategies and policies in place can help you better weather the storm of a recession. These may include….

1 - Building relationships with - and establishing a network of - connections, prospects and referrals. This will increase awareness of your company and more effectively pique their interest when it comes time to hire for your next position.

2 – Having succession plans in place for months and years ahead. An economic downturn may drive older employees to retire, while up-and-coming talent is being set back due to canceled internships. This creates a large hole in your pipeline for new hires. Succession planning helps you maintain a steady pipeline of new hires that you’re ready to onboard as that talent develops.

3 - Reconsidering your benefit offerings. Now more than ever, companies need to prioritize the factors that keep candidates interested and committed to their employers, such as compensation packages, job security and career growth over gimmicky office perks and culture novelties.

The pandemic has spurred a major cultural and attitudinal shift, causing many to feel that cities are no longer worth their high price tags. Recessions only stand to further deepen these feelings.

If your headquarters are located in a major city, it's probable that an economic downturn may push employees to move out and take advantage of more affordable areas.

A proactive approach to structuring a remote and in-person mix will, ultimately, set companies apart. Innovative benefits like delocation will largely incentivize potential hires, giving companies a competitive edge when they need it most.

Not only will your company save on payroll costs on the roles they delocate, quickly recouping the cost of the move, but they'll also create the potential to downsize office space and save on overhead costs.

Just make sure that you offer a full-service corporate delocation benefit over a lump sum or reimbursement. Not only will your employees be in safe hands and be more likely to have a successful move, but the offer itself will be viewed much more positively.
Learn more: What Prospective Employees Really Want in a Post-COVID Era

If your company is without a corporate relocation provider, email Bobbi Maniglia at Bobbi.Maniglia@northamerican.com. Plus, learn more about how our corporate relocation offerings can make job offers to highly sought-after talent nearly 300% more effective, support any sized firm and are fully inclusive of delocation.