Moving and Relocation Industry News
Wayne Daniel’s “Quote of the Day” Emails – Now in Book Form!
by Laura McKay
Wayne Daniels was a sales leader for Cord Moving and northAmerican Van Lines for decades until his recent retirement. Part of his leadership including inspiring others with daily motivational quotes, which are now available in book form with a portion of proceeds going to the Gary Sinise Foundation. 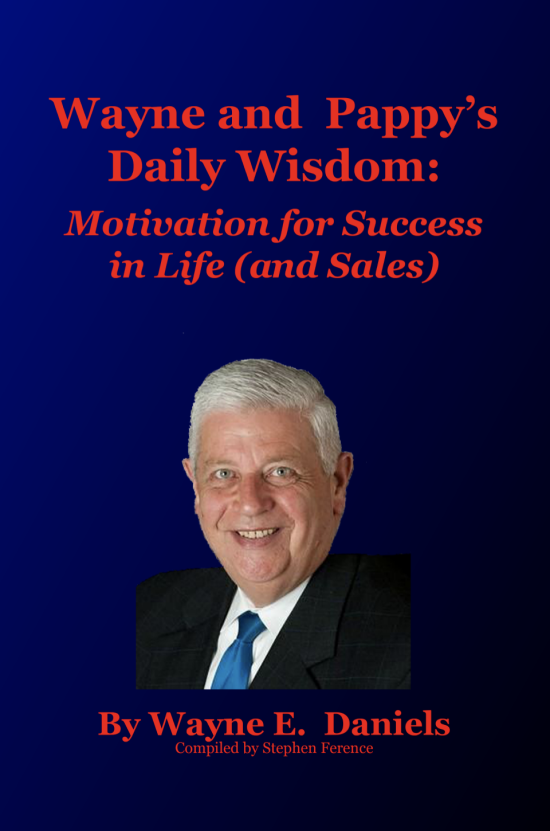 If you’ve been part of the northAmerican® family for awhile, you’ve probably heard of or had the privilege of meeting Wayne Daniels yourself. Wayne was head of sales for Cord Moving and Storage for many years until his retirement a few years ago and was a strong proponent of sales leadership and education. Wayne is also responsible for many of the programs northAmerican is involved in, like the Gary Sinise Foundation. In fact, Wayne’s connections to veterans got him involved in the Gary Sinise Foundation R.I.S.E. program, which he brought to our van line as a way we could give back to those who have done so much for our country. Even in retirement, Wayne is involved with the Foundation on a regular basis; he calls each R.I.S.E. smart home recipient, helps out with agent outreach as much as he can, and is even donating a portion of the proceeds of this book to the Gary Sinise Foundation. northAmerican is thankful to Wayne for bringing the opportunity to work with this worthwhile organization to us. Our entire agent family is humbled each time we make a delivery to one of these heroes and their families.

The book, a summary of which is below, is a compilation of some of the “Quote of the Day” emails Wayne sent out for years. His goal: to encourage, motivate and inspire individuals in sales and throughout the northAmerican network to humbly do their best every day – just like he did.

Wayne and Pappy’s Daily Wisdom: Motivation for Success in Life (and Sales)

Wayne and Pappy’s Daily Wisdom came about from a lifetime of learning in the trenches. This book began as a series of emails to a growing list of friends, colleagues, sales contacts, and family members before many people had even heard of digital newsletters. Wayne sent these messages at the break of dawn nearly every day, year after year after year. Some of the best have now been included in this compilation, which is being shared to provide you with continuous daily inspiration. Each short chapter corresponds to a day of the year, and whether you read the appropriate passage for today at breakfast, when you arrive in the office, or before you go to bed, this book will add inspirational perspective when you need it most, for anyone who aims for success—whether in business or in life. A portion of the proceeds benefit the Gary Sinise Foundation.