A city with near perfect weather, gorgeous beaches, incredible food, and loads to see and do- it almost sounds too good to be true but this is the reality of Los Angeles. Though many people immediately categorize L.A. as a glamorous show town, the truth is there is far more to the City of Angels than the glitz and glam of Hollywood. Los Angeles is a truly unique melting pot of cultures, dreamers, and creative thinkers. People come from all over the world to pursue their dreams and end up falling in love with this intoxicating West Coast City. As you prepare to relocate from San Francisco to Los Angeles, here are some of the amazing benefits that you can expect when you arrive in L.A. 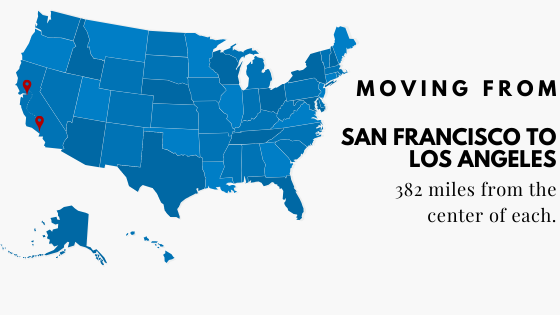 Benefits of Moving from San Francisco to Los Angeles

Despite the debate over which city rules the West Coast, there is no denying that L.A wins hands down when it comes to weather. The Bay Area is known for being quite foggy so you are in for a treat when you step into the L.A. sunshine. The sun shines almost every day and the temperatures hover around 75 degrees year round. It doesn’t get much better than the weather in southern California.

Los Angeles is one of the most culturally diverse cities in the world. Residents of the city represent over 140 countries and speak more than 100 languages. Located just two hours from the Mexican border, L.A. is heavily influenced by its Latino neighbors. Its location along the Pacific coast also welcomes plenty of Asian neighbors. This cultural variety is evident in the city’s cuisine, festivals, and unique neighborhoods.

Los Angeles boasts one of the best food scenes in the entire world. The cuisine is influenced by the variety of cultures present in the city and its location on the Pacific Ocean also allows for some of the freshest seafood in the country. Whether you are dining on a budget at a local food truck or looking for an upscale eatery, Los Angeles is chock full of amazing restaurants. It is one of the most dynamic and diverse cities and a true foodie paradise.

The Land of Opportunity

Not only is L.A. serious about entertainment, but it’s just as serious about education. With 106 colleges within 50 miles of the city, L.A. is a premiere destination for higher education. There are a number of prestigious colleges and universities in the area including the top ranked UCLA, Loyola Marymount University, and Pepperdine University just to name a few.

With thousands of activities attracting visitors from all over the world, there is no shortage of things to do in Los Angeles. The motion picture and entertainment industry has made Hollywood among the top destinations in L.A. The city also has 5 major theme parks including Disneyland and Universal Studios along with many smaller ones. There are also hundreds of museums, zoos, art galleries, and aquariums. The Los Angeles area is also a popular location for biking, running, walking, swimming, surfing, and relaxing on the beach. After a busy day in the sun, residents can dine at one of the city’s 8300 restaurants or shop at some of the most exclusive stores in the world!

Cost of Moving from San Francisco to Los Angeles

Moving from one city to another can be a challenge and can incur a lot of expenses. At North American, we strive to provide customers with the best service at a price they can afford. The average cost to move from San Francisco to Los Angeles with North American is $2,287.18. Of course there are many factors that will determine the exact cost such as the actual distance of the move and the number of items being moved. The easiest way to get an accurate quote is by using our Quote on Demand. You can also call and speak with one of our friendly customer service representatives. 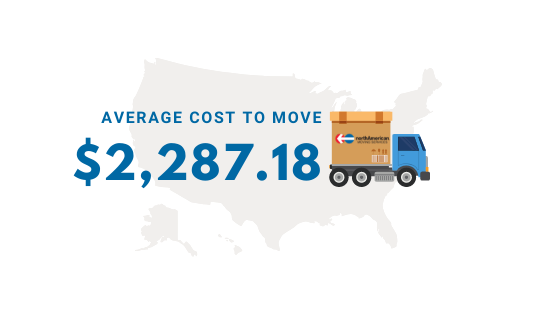 How to Move from San Francisco to Los Angeles

Planning a long distance move can be a strenuous task. Apart from packing all of your belongings, there are lots of decisions to be made and logistics to figure out when moving from one city to another. A professional moving company like North American can help you manage your long distance move so your experience is easier and less stressful. With over 88 years of experience, the experts at North American know exactly how to handle the logistics of your long distance move.  We can customize your move and tailor it to meet your specific needs. You can count on us to plan and organize it every step of the way so you can keep the disruptions to your daily life to a minimum.

Call Allied today for more information about or moving services and find out how we can help make the relocation process as easy as possible!