The corporate mobility team within an organization has many responsibilities, one of which is protecting the privacy of Americans when moving internationally. What many Americans, businesses, and their corporate mobility teams are learning is that moving household goods internationally can be more complex and wrought with data privacy risks for employees than previously considered.

With data breaches a common occurrence the world over, protecting employee data is becoming a top concern of mobility pros and their Human Resource counterparts. And since moving abroad and/or returning to the United States from a position abroad present privacy concerns for employees and transferees, it’s become a hot button issue. That’s why the American Moving & Storage Association introduced the Moving Americans Privacy Protection Act into the House of Representatives on November 15, 2015, with identical legislation already under consideration in the Senate, thanks to the bipartisan efforts of Senators Steve Daines (R-Mont) and Gary Peters (D-Mich) and Representatives Jeff Denham (R-Calif) and Bill Pascrell (D-N.J.).

Why The Moving Americans Privacy Protection Act is Important

The problem? In a nutshell, Americans moving their household goods to or from another country can have their personal information sold to third-party data brokers without their knowledge or consent. How does this happen? The current requirements of the U.S. Customs and Border Patrol (CBP) dictate that manifest documents for shipments into the United States be submitted at or before entry. The risk this presents to employee privacy is clear—the CBP is allowed by law to sell this information to third-party data brokers.

The data collected by way of manifest documents is often used to track commercial transactions between importers and exporters, as well as to compile statistical data about imports into and exports out of the United States. The issue at hand is that there’s also a wealth of personal information included in those manifest documents, and that’s where the privacy risk to Americans is significant. The manifest information can include Personally Identifiable Information (PII) of American citizens or Armed Service including passport number, Social Security number, driver’s license information, home address, date of birth, and other very sensitive information.

Americans Have Strong Views About Privacy and Data Protection

Americans generally have strong views about privacy and data protection. Today, in a post-Snowden, post-Wikileaks time, those views and concerns about data have become even more top of mind. This, combined with the numerous data breaches we’ve experienced in the last year alone, both domestically and abroad and in both the private and government sectors, it’s safe to say that privacy and data security are extremely important to Americans.

How does this relate to the CBP’s practice of collecting consumers’ PII when relocating to or from the United States as the result of a job transfer and moving household goods? In Pew Research Center’s 2014-15 research on privacy, they found that Americans “exhibited a deep lack of faith in organizations of all kinds, public or private, in protecting the personal information they collect. Only tiny minorities say they are ‘very confident’ that the records maintained by these organizations will remain private and secure.” As you can see from the data from Pew below, in 2015, 54 percent of survey respondents reported a lack of confidence in government agencies being able to keep their records and information private and secure. 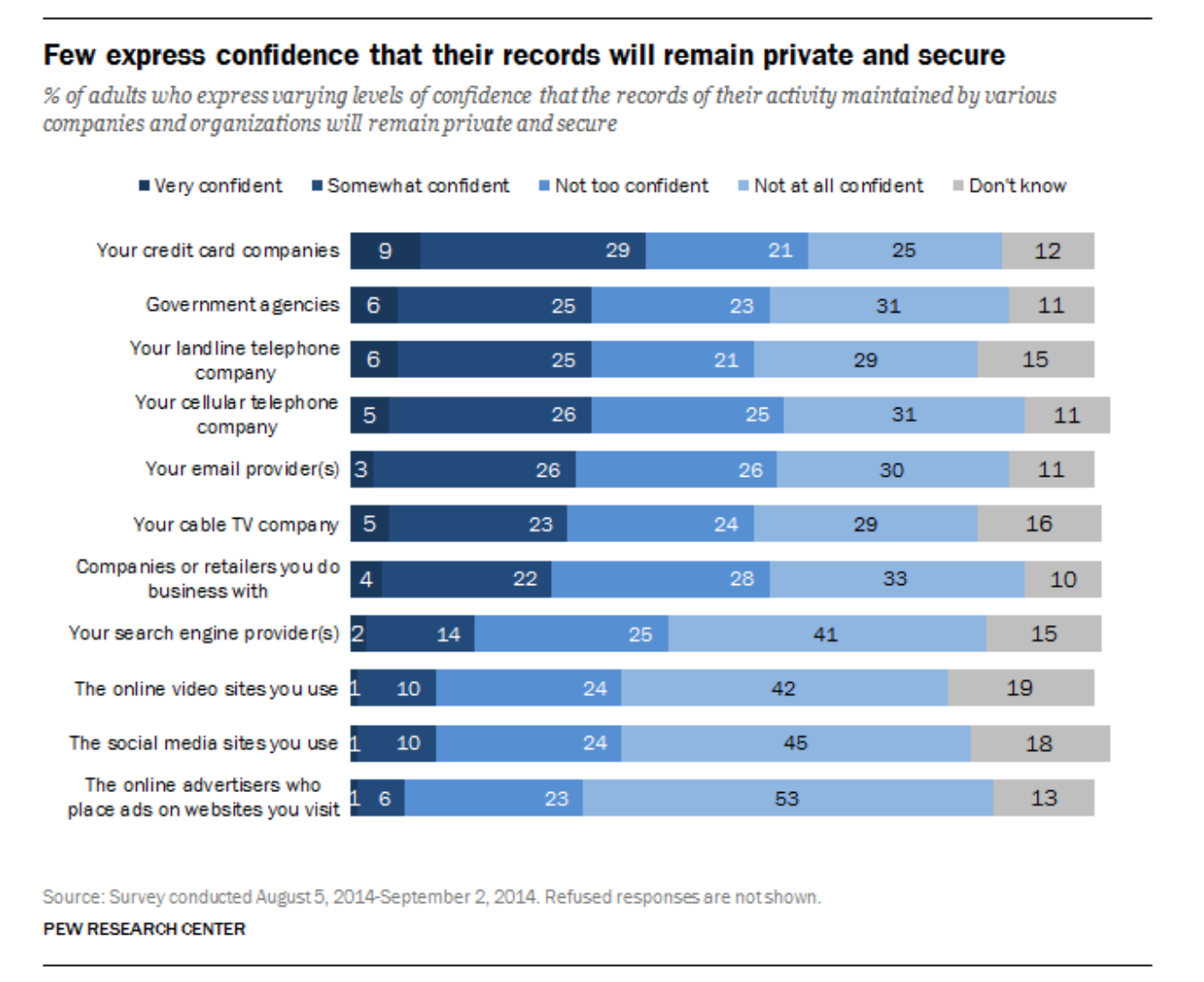 To Those of Us in the Moving Business, Privacy Matters

According to American Moving & Storage Association’s Paul Milotte, “The American Moving & Storage Association has taken the lead in working diligently to get this bill introduced in both chambers of Congress” and “…will continue working with congressional offices to get this common-sense legislation signed into law. This would be a huge win for the moving and storage industry, and for the American families we serve.”

What can you do? While the American Moving & Storage Association is committed to staying on top of this issue and working to get this legislation signed into law, your help from a local level can make a difference. Whether you’re an employer, a corporate mobility or Human Resources professional, an employee exploring an overseas move—or anything in between, you can help. Make sure your representatives in the House and Senate know this issue is important to you and encourage their support by contacting them directly. You can also reach out to the sponsors of the legislation and let them know their support is appreciated and of vital importance to businesses the world over.

My team and I at northAmerican will be right there on the front lines with our customers, supporting this legislation and supporting the right of Americans to know their privacy and data are protected at all costs.